Dear mother who just doesn't get it.


Dear mother who just doesn't get it. 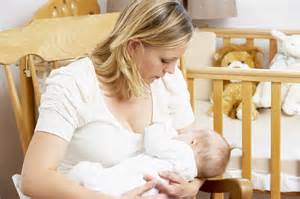 In answer to:  Dear Breastfeeding Moms, is it really that hard to cover up?

Note for readers: Direct quotes from the original article appear in bold italics, and my responses follow in regular print.

I'm so glad you reached out to us for help in understanding this difficult topic. Please let me help you get it.

This post isn’t meant to start a war against the public breastfeeding movement.

And yet you ask women not to breastfeed publicly unless according to your specifications. It does sound like you are. But I'll assume you really aren't and continue to answer your questions.

Dear Breastfeeding Moms,
Okay, I'm just going to say what everyone's thinking.
What's with all the controversy about nursing in public?
I mean, seriously.

Absolutely. I absolutely agree. We know breasts are designed to feed our babies. So what's with all the controversy when it happens?

Is it really that hard to cover up?

Here's the deal: Strangers don't want to see your areola. (Yeah, that's it.)

This is so true. I've told all my male friends that I don't want to see their areola at the beach and they were offended; I don't get it at all! I mean...it's darker then the skin on their faces, I don't want to see that. I'm hoping for a social reform on this but nothing so far. *Ok, so I haven't, because that would be pretty rude, right?

Look, I get it. I’ve breastfed all of my children, so I totally understand that covering up can be a pain.

At first, it’s fine, but once they hit 6 months, they’re old enough to realize they don’t want a blanket sitting on their face while they eat, and the whole feeding is a fight.

I've noticed this when I have fed an older baby. It really draws the eye. All that noise and waving. Yet when I breastfeed quietly lifting my shirt and sliding my tank top down, I find no one (in a public area) really notices. Isn't that what we want?

I've been there, I get it. I've nursed my kids in the middle of the fanciest restaurants, at the beach, at the doctor's office, in the library, the airport, the grocery store, in millions (okay, dozens) of parking lots. One time, I even sat down on a tiny patch of grass to feed my baby on the side of the road.
But, I still managed to get a blanket, or at least part of my shirt, to cover my naked nipple while my kids ate.

Actually when I breastfeed, the baby covers my naked nipple really well. It's fantastic.

Really, is it that big of a deal?

I mean, is it? Is it that hard to look away? Is it so compelling if a woman is about to feed her baby? If you don't want to see it don't look. I don't even mean that in a snarky way. If it will offend you then look straight at my face, end the conversation, leave the room, look at your food, look out of the window, I won't mind. I don't "hate you for not wanting to see".

I totally get the importance of normalizing breastfeeding, and spreading awareness that we are feeding our children. Which, of course, is more important than anything.

It really is. It's one of my passions. I would love for everyone to know to know that a mother is feeding her baby when they see it. And to consider it normal. The only way that is going to happen is if people see it. Won't happen under a hooter-hider.

But let’s stop pretending that you’re fighting a stigma that doesn’t exist in 2015. These days, when you tell someone you breastfeed, you get compliments and praise. It’s not the 1950s, when baby formula companies created anti-nursing ad campaigns to boost sales, and as a result, most women took meds after birth to stop their supply.

Completely different. Yep no stigma. I'd love to know what this entire article is because it reads like a stigma on a personal choice. Let me tell you what the stigma really does. I have around 20 close mom friends. Two out of those decided not to breastfeed beyond 2 weeks because “It’s so awkward in public to try cover all of it.” Do we want to go back to the 1950s? Do we want to go back to that pressure not to breastfeed? To where everyone is uncomfortable seeing a baby fed? I don't, and I'm sure you don't.

And, if anything, there’s unfair stigma on people who don’t breastfeed.

I agree this can be an issue. I have faced it myself. It's very unfair to judge or stigmatize someone's situation.

The truth is, I don’t want to see your naked boobs. I don’t want my husband to, and come to think of it, my preschool son either.

Why not? Your husband is old and mature enough to know what is happening and that that's what breasts are for. Especially if he has children. Does it turn him on sexually when you breastfeed? No? Then I don't see the problem.  FYI about the pre-school son. I have one. He doesn't care. He isn't sexual. He's a child. Are you afraid that breasts will always be associated in his mind with their designated use? As more than just "fun-bags?" That's terrible.

That doesn’t mean I’m sexualizing breastfeeding. It means that a naked boob, to most people in our culture, is a sexual thing. (Sorry. It’s true. Whether there’s a kid attached to it or not.)

I'm confused. No stigma to breastfeeding anywhere in 2015 and yet "most people in our culture" view it as sexual? Including you. You did make it sexual.

And, at least in my opinion, no amount of kids eating on a naked boob is going to change the fact that the breast is still considered a ‘naked part’ in our society.

I disagree. In Victorian times it was completely fine to have your portrait painted while breastfeeding. But your ankles were considered a 'naked part' and were never shown. This has changed. It changed because women started showing them. For walking purposes. I hope it doesn't take as many years to change our view on breasts for feeding purposes.

But you know what?

That 'but' completely invalidated everything else you said. They are feeding children. No matter if they are beautiful or not. I happen to think our whole bodies are designed by God and are very beautiful.

Your vagina helped make the kid, and I don’t see you flashin’ that around.

Well it also (in most cases) helped give birth to your child. Uncovered in front of a whole room. Usually your husband and about 3 attendants. So while it was in use of the baby it was most certainly "flashin' around".  It's no longer needed by the baby though so it stays covered up. It would also be considered indecent exposure by the laws of the land. To breastfeed is not.

Maybe it’s me. Maybe I’m ignorant. Maybe you’re just trying to prove a point, and I just don’t get it. We all do motherhood our own way, and I love that. I really do think it’s a beautiful thing that all moms are different.

Lovely. Doing motherhood our own way, following our own paths. Totally agree. No one I know is trying to prove anything. They're actually just feeding their babies. Are you trying to prove a point by covering? Of course not. Or are you?

So, for what it’s worth, this is just my own truth: Unless you’re my sister, my mom or my friend, I would really appreciate not seeing your naked parts. I’m sorry.

No worries here. Unless you are my nurse/doctor/midwife in the delivery ward, husband, sister, or mom, I guarantee you won't see my “naked parts”.

Feed your kids at the park, at the mall, in the middle of church. (I have.) Breastfeed them until they’re 4, for all I care. (Seriously, you go girl.)

But don’t hate me because I don’t want to see your naked breast.

I don't hate you.  I am sad for you. I truly wish you were able to look outside of the narrow corridor that society has installed around women and their limited uses. Peek over the top of that wall some time; use my naked breast as a step stool if you like. You might just enjoy the freedom you see.

A breastfeeding mother (or as I like to say, a mother)
Posted by Simply Womanhood at 21:49 8 comments: